Bitcoin is Pegged 75% below its ‘Fair Value’ Tom Lee Says

Tom Lee, the co-founder of Fundstrat Global Advisor is tired of predicting the prices on a short-term basis. 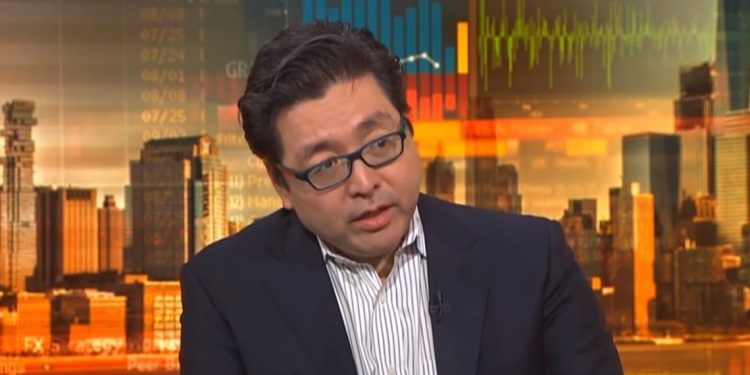 The recent market plunge has led to an upsurge of short-term price predictions by many analysts. However, one renowned bitcoin bull on Wall Street is tired of predicting the prices on a short-term basis. Tom Lee, the co-founder of Fundstrat Global Advisor explained about what he believes the fair price for bitcoin should be.

According to his well-developed model for bitcoin, the crypto’s real value should oscillate between $13,800 and $14,800. That puts bitcoin approximately $10,000 above the range where it was trading on December 13. He opened up to the crypto world to clarify his ‘fair value’ estimation of bitcoin on Thursday.

Tom broke the silence because he was getting irritated by many people asking him to forecast the price of the crypto in the short term. In a note to clients, he explained that his company would not offer any updates to near-term price objectives since the year is almost over.

After the market plunge in mod-November, Lee revised downwards his price target from $25,000 to $15,000. A fundamental reason for the revision was bitcoin’s decline below the point where mining costs match the market value. The whole crypto market is closing out a miserable year with bitcoin among the worst losers.

The cryptocurrency was trading near $3,324 on Thursday, representing a 75% plummet from the prices in January. Furthermore, the coin has receded over 82% compared to its December 2017 highs of near $20,000. User adoption is necessary for the price to stage a formidable rebound. Also, the cryptocurrency needs to be embraced as a real asset class to reduce volatility due to excessive speculations.

However, Lee’s regression model would put the price at $150,000 per bitcoin in the long-term if users reach even 7% of Visa’s total 4.5 billion currently. Thus, he believes that the risk/reward is still strong given the steep discounts of bitcoin currently compared to its ‘fair value.’ Hence, the current excessive bearish sentiment seems overly misplaced.

Lee also stated that technical analysis is pivotal in the crypto markets. Provided that bitcoin remains below its 200-day moving average the bearish mood will still prevail in the markets.

Technical Analysis for BTCUSD by TradingView