Bitpay’s CCO Continues To See Bitcoin Price of $15,000 Despite Drop

According to Bitpay’s chief commercial officer, Sonny Singh, bitcoin price could reach anywhere between $15,000 and $20,000 next year.

Bitcoin price has dropped about 19 percent in the seven-day period, and still, some of the supporters believe that it could still cross the five-figure mark. However, they have slashed their price target from their previous estimates citing weakness in the most valuable virtual asset. Bitpay’s chief commercial officer also thinks that the digital coin could hit cross the five-figure market next year.

According to Bitpay’s chief commercial officer, Sonny Singh, bitcoin price could reach anywhere between $15,000 and $20,000 next year. Significantly, his comments come at a time when some experts are predicting further slide in the cryptocurrency price to below $4,000 levels. He believes that the virtual asset would become a mainstream option in the upcoming years. Incidentally, he is not the only person who is placing the bet on the bitcoin as there are others who continue to believe that it will stage a strong come back.

Reacting to JPMorgan Chase’s chairman and CEO, Jamie Dimon, comment last year that bitcoin is a fraud and highly volatile, Sonny Singh said that there will always be ups and downs in prices of any digital coins. Therefore, he is not ready to agree with him. He expressed the confidence that Jamie will change his opinion on the cryptocurrency once Fidelity enters the fray and even underwrites possibly the initial offerings of coins. He also thinks that big companies take their own time to realize the gains of innovative products.

Not Sure About Others

At the same time, answering a question whether other digital coins will break away, he said that does not know what is going to happen to them. Replying to another question, he pointed out that some of the renowned institutions like BlackRock and Fidelity are entering the virtual asset market and it will be an exciting one for him.

Interestingly, Fundstrat Global Advisors co-founder, Tom Lee, has reduced his target price on bitcoin to $15,000 from $20,000 only recently for the current year. His contention is that mining costs have reduced to $7,000 from his earlier projection of $8,000 that was based on the S9 mining machine. He believes that most of the price movement was due to some recent events such as the bitcoin cash hard fork. 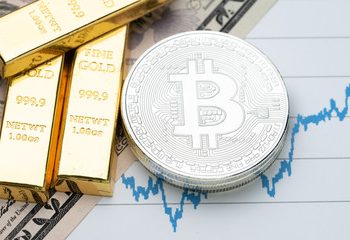