Poll: 52% of Responders Would Take XRP as a Gift Rather Than Bitcoin

Rich man gives you $10 000 worth of specific asset and the holder should not touch with it for a decade. Here's the results. 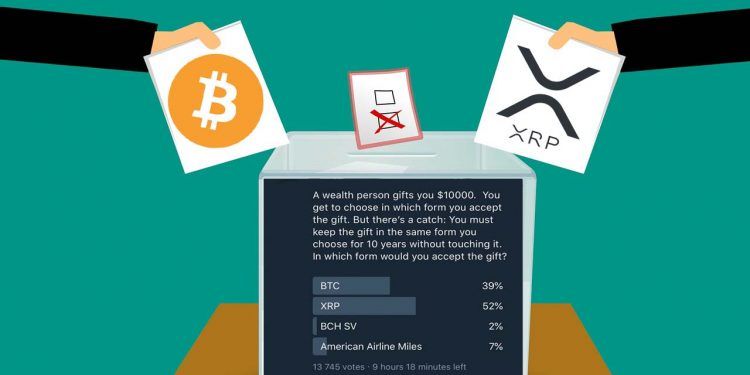 Ran NeuNer aka ‘cryptomanran‘ has of late started airing views against bitcoin[crypto coins=”BTC” type=”text” show=”percent”], and this has made some of the followers to think that he started to hate the most valuable digital coin in the world. On top of that, he appears to have been supporting XRP[crypto coins=”XRP” type=”text” show=”percent”] in place of bitcoin as some of his followers have expressed their unhappiness and did not want to take his prediction, which is different relative to expectations.

In a tweet, Ron Paul wanted to find out the pulse of the people and said,

“A wealthy person gifts you $10,000. You get to choose in which form you’ll accept the gift. But there’s a catch: you must keep the gift in the form that you choose for 10 years.”

This would mean that the holder should not touch with it for a decade. He wanted to know which form the user would prefer to accept the gift if given an option.

I’m sure the results would be way different if XRP was an option! ? pic.twitter.com/LPJBVsiwBw

And then XRP was added.

The results of this poll really surprised me – they show we really have a big problem in Crypto. I REALLY thought American Airlines miles would do way better!!! pic.twitter.com/9HsKaFr7Zx

This has attracted comments both in favor and against. For instance, a tweet from Crypto Bull believes that NeuNer is not serious. The tweet added,

“XRP over BTC, REALLY, what makes BITCOIN special? Not much really other than being the 1st cryptocurrency ever, but that’s enough to keep it around longer than a ripple.”

Aside from that, there are few other digital coins like stellar XLM[crypto coins=”XLM” type=”text” show=”percent”] or TERN offering much more than XRP.

On the other hand, XRP Junkie tweeted that XRP is the best virtual asset ever created while Gomes agreed with it. Though bitcoin attracted better support than XRP, the price of the latter has surged about 7.4 percent in the 24-hour period whereas bitcoin witnessed a gain of 1.02 percent at the time of writing. Tron Ster tweeted that bear market has got NeuNer to hate bitcoin. 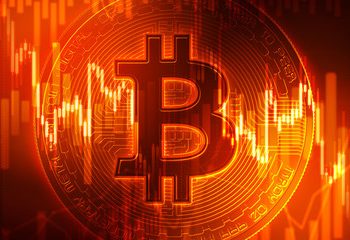