The popular digital currency supporter has sharply reduced his price target from $25,000 to $15,000 on bitcoin for the year-end. 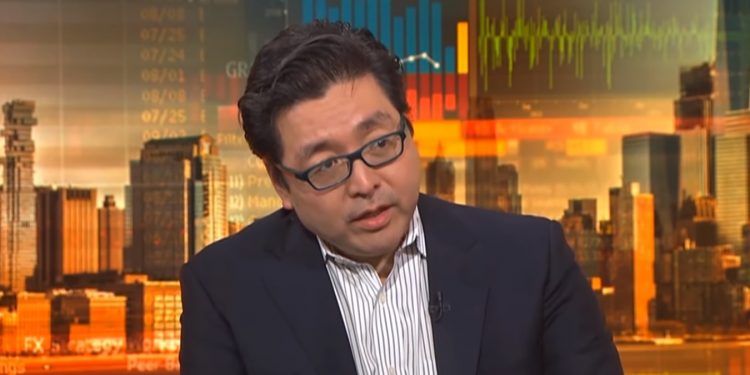 As the bitcoin price traded below the psychological level of $6,000 mark, Fundstrat Global Advisors co-founder, Tom Lee, has slashed his price target on bitcoin nearly half. However, the revised target price is much higher than the current trading price. Significantly, his comments come on the heels of seven out of top ten cryptocurrencies witnessing a double-digit drop in the 7-day period.

The popular digital currency supporter has sharply reduced his price target from $25,000 to $15,000 on bitcoin for the year-end. He believes that the important driver is ‘break-even’ point. This meant that mining costs should match the trading price. According to him, the matching level reduced to $7,000 from his previous estimate of 8,000. This is based on the Bitmain’s S9 mining machine. This would mean a fair value of roughly 2.2 times of the fresh break-even price.

Bitcoin is trading around $5,450 at the time of writing and has shed 13.56 percent for the one-week period. Despite the existing sluggishness or the bearishness, Lee is confident of a recovery in bitcoin price. In a research note to clients, he pointed out the earlier bear market during the period 2013 – 2015 and said that it “never sustained a move below breakeven.” The former chief equity strategist at J.P. Morgan Lee thinks that the psychological breaking down of $6,000 has driven a fresh wave of pessimism.

He also pointed out that there is a negative swing in sentiment that is much worse relative to the fundamental implications. Lee said that most of the price movement was fueled by certain events like the argument over bitcoin cash. There have been several tweets on bitcoin cash hard fork and splitting into bitcoin ABC or bitcoin SV. Significantly, bitcoin cash itself was a fork from bitcoin.

Though the bitcoin price remained somewhat stable in October, the sell-off has started a few days back after remaining around $6,400 levels. However, Lee is unmoved by the current condition and sees bullishness on the most valuable digital coin with the belief that institutional involvement will boost the price before the current year ends. He pointed out the wider infrastructure creation for institutional involvement to support his belief.