According to the Teeka Tiwari, Wall Street has the habit of using low-volatility asset allocation portfolio types to make its fortune. 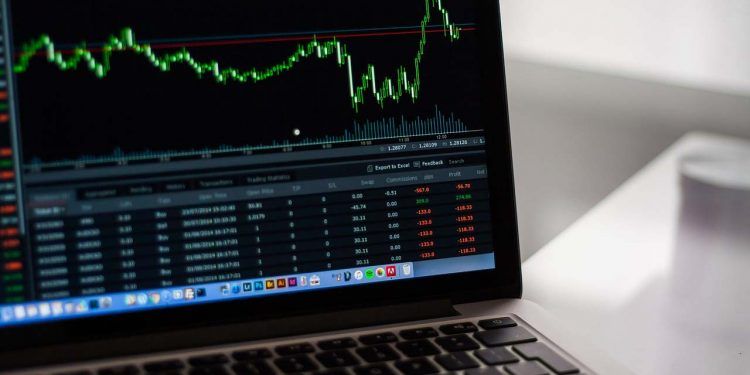 Amidst the talk of Bitcoin[crypto coins=”BTC” type=”text” show=”percent”] and cryptocurrencies being termed as a highly volatile one, Teeka Tiwari has done some analysis of the leading digital coin and the stock market performance in October. His analysis brought out the impression that while the broader stock market fell close to ten percent in October, the most valuable virtual asset remained stable in the same period.

Stocks did not perform well

The columnist pointed out that some of the individual shares have even fared worse than bitcoin[crypto coins=”BTC” type=”text” show=”percent”] while stating that the so-called FANG, i.e., Facebook, Amazon, Netflix and Google, stocks are firmly in the bearish territory. For instance, Facebook and Netflix suffered more than 30 percent losses from their highs seen in July, whereas Amazon fell 25 percent and Google by more than 20 percent in October.

On the other hand, despite the lack of any positive catalyst bitcoin[crypto coins=”BTC” type=”text” show=”percent”] remain stable and traded within a narrow range of 8 percent in October. He backed up his thesis by pointing out Bloomberg’s ten-day volatility spread among the internet and global tech stocks and bitcoin[crypto coins=”BTC” type=”text” show=”percent”] remaining at record highs. In short, the spread suggested that stocks were more volatile relative to bitcoin with wild price swings. Tiwari indicated that the mainstream financial media is catching up with this narrative only now.

According to the columnist, Wall Street has the habit of using low-volatility asset allocation portfolio types to make its fortune. This meant that asset managers are trying to make big money with the help of investors’ money as long as possible. As a result, they could charge investors annual fees. He believes that the asset managers are taking advantage of offering security and deliberately tamp down volatility to calm customers.

However, when values swing too much, there is a sense of scare among clients thus resulting in pulling out their investments, which the Wall Street does not like. As far as bitcoin[crypto coins=”BTC” type=”text” show=”percent”] is concerned, it failed to fit into the scheme of things of Wall Street profit model because of its extreme volatility in its initial stage. However, that is changing, and Wall Street realizes that there is no relation between bitcoin[crypto coins=”BTC” type=”text” show=”percent”] price and that of stocks or commodities or gold or bond.