According to Craig S Wright, who is an Australian computer scientist and part of the bitcoin team, bitcoin could sustain hash power. 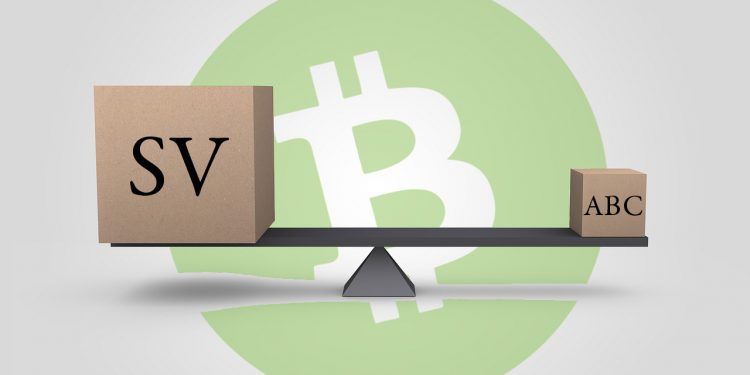 Amidst some doubts or confusion on the upcoming bitcoin cash[crypto coins=”BCH” type=”text” show=”percent”] hard fork, there is some hectic activity going on before trading thus indicating that Bitcoin SV might have the lower price. However, the emerging asset class could entice support from miners if the recent data is any indication. There were already different opinions on a hard fork of bitcoin cash (BCH)[crypto coins=”BCH” type=”text” show=”percent”].

According to Craig S Wright, who is an Australian computer scientist and part of the bitcoin team, bitcoin[crypto coins=”BTC” type=”text” show=”percent”] could sustain hash power. In a tweet, he has listed miner’s height and size to back his argument in respect of both bitcoin ABC and bitcoin SV. He quoted Coin Dance estimates indicating 65 percent of bitcoin cash[crypto coins=”BCH” type=”text” show=”percent”] miners are supporting the SV network relative to the current hash rates.

On the other hand, Calvin Ayre, a Canadian entrepreneur, pointed out that bitcoin SV is getting a support base of a minimum 45 percent at nearly 60 percent of the existing hash rate. As far as ABC is concerned, the estimation is the only a minimum of 21 percent and a maximum of 39 percent of existing hash rate. He is a known supporter of BCH and monitors the statistics closely and thinks the hash war is already over even before it started.

Though Craig Wright and nChain preferred to engage in hash war with bitcoin ABC, it would be the miners’ call as to which network to follow. The current statistics indicated clearly as to who could be the likely winner over the two chains. In short, the existing situation is much similar to what was experienced during the split of bitcoin and bitcoin cash in 2017. At that time, some people anticipated BCH to have an edge on hash power.

However, the percentages have flipped back and forth among BTC and BCH for profitability reasons. Ultimately, BTC could move ahead and witnessed its hash power witnessing a gain relative to bitcoin cash. As a result, enterprises like GMO preferred to hall BCH mining. Therefore, it is quite likely that a repeat situation might be seen since miners could switch back and forth among bitcoin ABC and SV based on the highest value.