This historic event marks a shift in stance for Wall Street - one that looks at cryptocurrency and tokenization as an opportunity, rather than a threat. 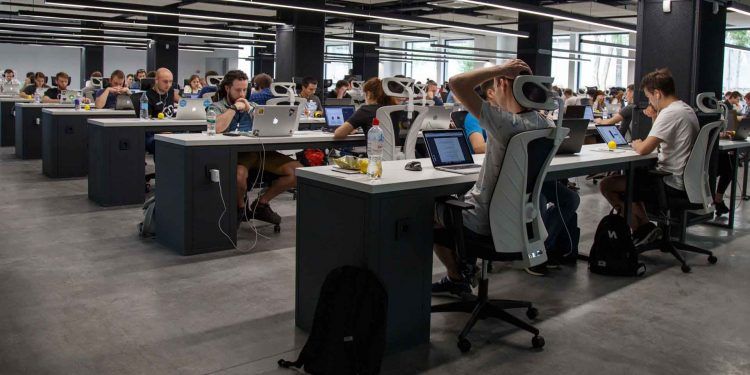 November 8, the day when two worlds collided on Wall Street as the NASDAQ hosted leading blockchain visionaries and cryptocurrency experts from around the world at the Crypto Summit in New York City. Often seen as playing against each other for global financial market supremacy, this historic event marks a shift in stance for Wall Street – one that looks at cryptocurrency and tokenization as an opportunity, rather than a threat.

Among those blockchain visionaries addressing the NASDAQ summit, Jason King, co-founder of Kingsland School of Blockchain, reminded the audience that the industry faces critical challenges as it scales globally.

“The blockchain adoption rate at enterprise and government levels is growing extremely fast—expanding its footprint globally across multiple industries and economic sectors,”

“Blockchain has the power to transform the way the world does business and reshape world economies. But the sector faces some critical challenges in terms of adoption, regulation, and capacity.”

Across the sector, initiatives are being launched to address these pain points. While many focus on regulation, one protocol is leading the industry with a focus on skills development and capacity building. The Tezos Foundation recently announced a grants program to support the training of 1,000 Tezos-focused developers, and during the NASDAQ summit, it was announced that Kingsland will partner with the Tezos Foundation to realize its training and industry growth goals.

“The Tezos Foundation is truly committed to growing the ecosystem to support a more equitable and exciting global future,”

“The Kingsland-Tezos partnership highlights the importance of industry-aligned training curricula and addresses the critical shortage of developers in the space. Working together we will ensure a future for blockchain and create thousands of career opportunities for developers around the world.”

As a part of the partnership, Kingsland will collaborate with developers that worked on the Tezos mainnet to develop and update a Tezos-focused blockchain developer curriculum. This curriculum specialization will also be integrated into Kingsland’s world-leading blockchain engineering programs.

“Kingsland has a demonstrated track record of delivering high-quality, work-ready blockchain development programs and we’re excited to work with them to support the long-term success of the Tezos ecosystem,”

“We believe that the new wave of 1,000 developers that are being trained in 2019 will help Tezos’ robust ecosystem continue to grow and gain adoption.”

The partnership will see a series of global events, hackathons, project incubation, and courses rolled out in financial centers around the world in 2019. Scholarships provided by the Tezos Foundation will enable more students to access the world’s first accredited blockchain curriculum with Tezos specialization.

Kingsland will also support recruiting students into the Tezos curriculum specialization and place them into jobs that support the overall growth of the Tezos protocol and ecosystem.

Tezos-focused Blockchain Engineering courses will launch in 2019. Developers interested in starting their Tezos blockchain career should register for program updates.

Tezos is the world’s first liquid proof-of-stake blockchain protocol, allowing all token holders to participate in securing the ledger. Tezos is self-amending, meaning stakeholders can vote to upgrade the protocol to keep apace of the latest innovations. The protocol is written in OCaml, a programming language well suited for environments in which a single mistake can cost millions. The network entered mainnet in September 2018.