The two groups’ executives have not only discussed stablecoins but also on creating a flatter international economy. 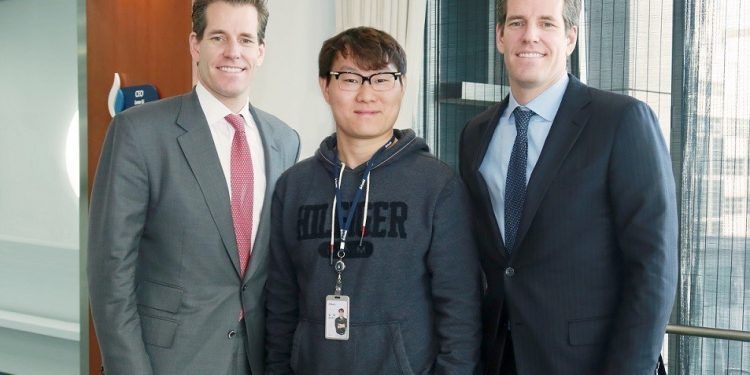 Leon Li and Robin Zhu, CEO and COO of Huobi Group, which are a leading distributed ledger technology (DLT) firm, have preferred to meet Gemini co-founders Winklevoss Twins, Cameron and Tyler, in China. The two groups’ executives have not only discussed stablecoins but also on creating a flatter international economy. The meeting might have raised eyebrows since China has banned anything related to cryptocurrencies.

Wants To Be Bridge

At the same time, Huobi Group executives indicated that they are keen on creating a bridge among the digital currencies communities of the west and east. Leon said that the company wants to be a bridge with the United States and China when it comes to cryptocurrencies. He also stated that there is a number of good virtual assets across the globe, especially in the U.S. Therefore, he is keen to bring them to China.

“We also plan to bring more awareness about Huobi’s digital assets and financial services in China to the world.”

For this purpose, the Asian firm is keen to strengthen cooperation between the two companies engaged in the emerging asset class business. Huobi Group has a presence in more than 130 countries with an accumulative turnover exceeding $1 trillion.

Significantly, the two companies have not only been managing popular cryptocurrency exchanges at the global level but also successfully cooperated in the recent past. For instance, while Huobi Group added Gemini Dollar, the Winklevoss’ twins ensured that it is regulated with the USD-support on its exchange. Aside from that, there were other stablecoins like True USD, Paxos Standard token and USD coin into HUSD.

The two believes that these are a complete solution for stablecoin. Moreover, the cryptocurrency exchange has lent its support to include PAX, TUSD, USDC apart from offering support to Huobi wallet for GUSD. The two executives have also got struck by the stability, as well as, advantages of GUSD as a stablecoin. Listing of GUSD within HUSD will enable millions of traders’ exposure to it. The Winklevoss twins have discussed key markets like Japan and South Korea.