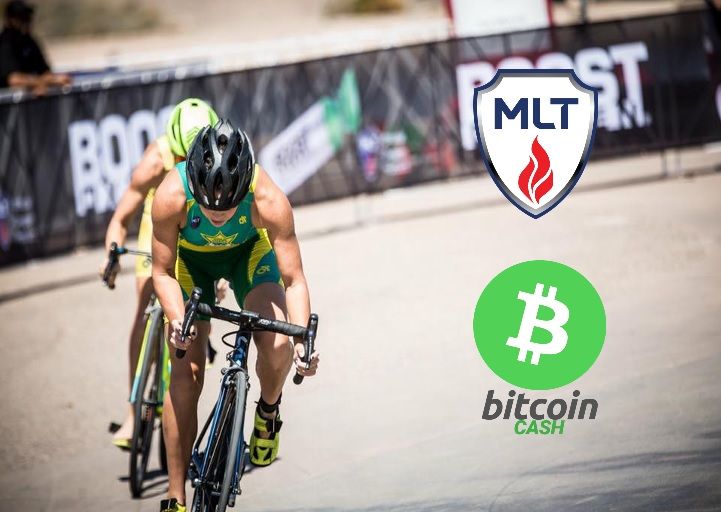 Major League Triathlon (MLT) has managed to rope in bitcoin.com for sponsoring the MLT championship event. The agreement between the two enables bitcoin cash to be the official digital currency of the event for the year 2018. This will enable the firm to demonstrate the ease, as well as, the efficiency of the virtual asset.

The prize money for the 2018 MLT championship would be paid out in Bitcoin cash (BCH). The top 5 will get their payout when they are on the podium. The overall top performers of male and female will be split during the mixed team relay event, majorleaguetri.com reported. The entire process of getting price money to athletes involves only a few seconds after getting their medals.

The leading Cryptocurrency’s alliance has further strengthened the commitment of MLT in its efforts to innovate the sport of triathlon. The sports body has been credited for bringing non-endemic brands into the arena as it expects to attract more fans for the world-class racing. The championship event is being held in Charlotte and comes amidst struggling phase for the overall digital currency sector.

MLT CEO, Daniel Cassidy, responded to say that the alliance is a special one for it. He said that digital coin is a hot topic around the world. He believes,

“There is no question that it provides a significant amount of benefit to the end user. With other major professional sports leagues across the globe beginning to bring Crypto into their sports, it is a huge step forward for MLT to partner with a world leader in the Cryptocurrency market.”

Similarly, bitcoin.com marketing manager, Gergo Szoke, felt happy with the alliance since it will demonstrate bitcoin cash’s usability further. He expects bitcoin cash to be the future of money while viewing MLT as triathlon and sports future. Szoke is confident that fans could experience the digital currency’s security and speed when the company presents the prize money.