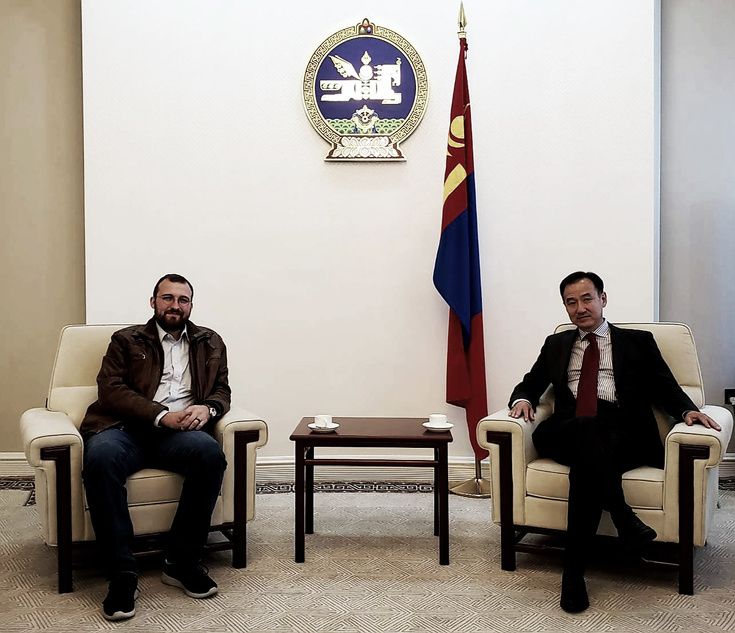 While many cryptocurrency platforms are pursuing the obvious clients and alliances, such as attempting to partner up with money transfer companies, or Fortune 500 corporations – Cardano is taking a different path.

Cardano (ADA) seeks to bring cryptocurrency to developing nations and sees massive potential in economies that might not be as massive as others but certainly could grow under the right circumstances. It appears as though a partnership between Cardano and Mongolia could potentially be brewing, as well.

You may remember that in May, Cardano signed a memorandum of understanding, or MOU, with the Ethiopian government, that would involve training local blockchain developers to start using an agritech platform based on Cardano by the end of the year.

This is certainly a different approach, as other projects have targeted countries that are already some of the most technologically innovative in the world, while Cardano has been finding ways to empower countries that might need the innovation, instead.

The founder and the rest of the Cardano team have traveled to Vietnam, South Africa, and other countries, just this year, in hopes of exploring ways that blockchain technology can help to spur economic innovation in more overlooked parts of the world. This journey has most recently brought the Cardano team to Mongolia.

Cardano’s founder Charles Hoskinson, who was part of Ethereum’s original founding team, recently tweeted a photograph of him alongside a Mongolian minister by the name of Damdin Tsogtbaatar, the country’s Minister of Foreign Affairs.

The founder also spoke about cryptocurrency at a lecture at the Mongol Institute of Technology. With regards to Mongolia, Hoskinson did not confirm anything aside from the fact that the two discussed possibilities when it came to blockchain technology but did tweet that “exciting times were ahead”. The picture showed the two sharing a cup of tea.

Great meeting with Minster Damdin Tsogtbaatar on the use of blockchain to innovate Mongolian government and business. Exciting times ahead pic.twitter.com/5wASsgQM69

Ubex will bring ADA to Mongolia

Seems like Cardano is making waves in the cryptocurrency world by approaching to its goals in a different way compared with the rest of cryptocurrencies.