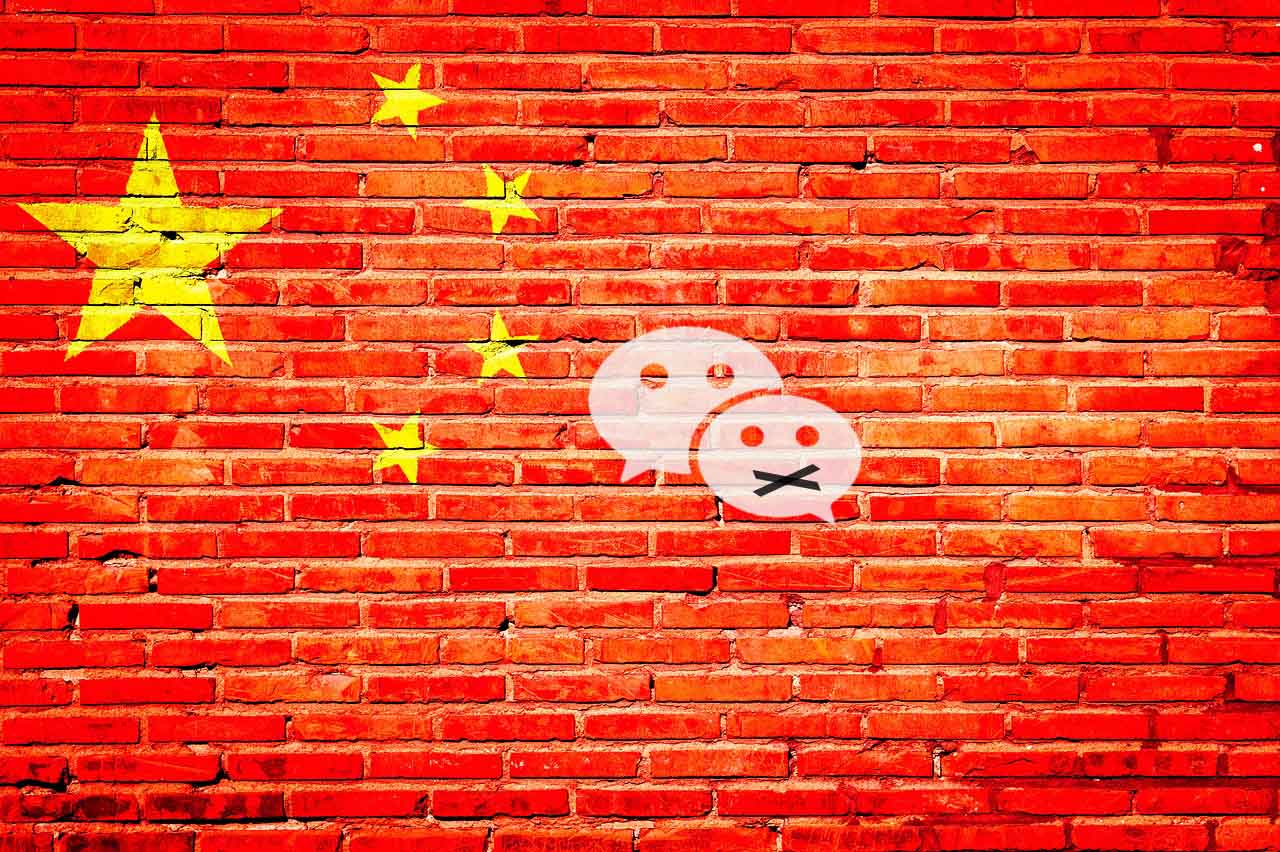 China has shut down numerous blockchain and cryptocurrency related news accounts on the WeChat social app in a renewed crackdown on activities related to the digital money.

According to SCMP at least eight blockchain and cryptocurrency-related online media channels – some of which raised millions of dollars in venture capital – found their official public accounts on WeChat blocked on Tuesday evening, due to violations against new regulations from China’s top internet watchdog.

Operator of WeChat said in a statement that these accounts has been shut down permanently as they are “suspected of publishing information related to ICOs [initial coin offerings] and speculations on cryptocurrency trading.” Cyberspace Administration of China demands content providers within chat apps comply with “national interests” and “public orders” avoiding any ICO or speculations related content whithin chat apps.

In March, a commentary published by the website of the People’s Daily, the mouthpiece of the Communist Party, accused blockchain news outlets of creating articles to manipulate cryptocurrency prices and promote ICO projects.

“These ‘media’ outlets have made huge fortune in the speculative waves of cryptocurrencies, but due to their nature, it’s doubtful how long their barbaric growth can keep on going,” according to the commentary.

Blockchain media outlets came to prominence despite the cryptocurrency bans as they fill a niche in providing investors with timely information on cryptocurrency prices, and reviews on blockchain-related projects. Just like other Chinese news services, these platforms rely heavily on WeChat to reach audiences aside from their apps and websites. The blocked accounts on WeChat come from some of the most popular blockchain news platforms including Jinse Caijing and Huobi News.

WeChat is the largest social network in China, with over 900 million users daily. Chinese users spend an average of over 70 minutes a day within the app and according to Dragon Social is the most popular social app in China.