Daox: What is Wrong With Today’s ICOs and How to Fix it?

by Justin B.
in ICO, Press Releases
8 min read

Blockchain technology and the new crypto economy offered tremendous  opportunities for investing and raising funds. As an outcome, we can  see a skyrocketing growth of Initial Coin Offerings (ICOs). But  there are signs that something is wrong, and the proof is that  Google, Facebook and Twitter together have banned or limited all ICO and  cryptocurrency-related advertising.

The reason for that is that the general public, with little or no  previous experience in investing, got access to thousands of  investment offers. Most people are simply not aware of how to  evaluate startups and often become victims of ambitious promises or  even scams. Many Experts expect at least 97% of all ICO startups  will fail within the next couple of years.

What is the reason for the problem and how to fix it?

First of  all, let’s take a look at how the “real world” investing works. We  can see that investors and startups actually interact via  intermediaries which are legal entities. They also have contracts  and laws to protect them.

Just think of what would have happened if VCs started to simply hand  out boxes of cash right after the startup’s pitches. Obviously, the  return on such investments would be unacceptably low. And we can say  that something very similar happens around the majority of today’s  ICOs.

Of course, when accredited investors and venture firms participate  in ICOs they undertake all the necessary legal actions to protect  their interests. But this approach does not really comply with the  nature and the initial idea of ICOs—to make investing and  fundraising easily accessible for everyone in the world. What is the  point of developing breakthrough technologies and trying to fit them  into the old framework? It is possible that blockchain  smart-contracts could be the legal framework of the future.

Entrepreneurs try to avoid regulations by structuring their tokens  as utilities

The next issue is the current state of ICO tokens. Instead of  raising the seed round, issuing equity or security tokens,  entrepreneurs try to avoid regulations by structuring their tokens  as utilities. The reason for that is that issuing a security in full  compliance with the law is unaffordable for small pre-seed stage  startups. As an outcome we see a speculative market full of useless  tokens that are called utilities, but in fact were only issued to  raise funds.

So the bottom line is this: a lot of changes need to be done in the  way ICOs work.

That is why Daox is proposing an advanced open source technological  solution and a unified protocol that aims to fix all these problems,  preserving the benefits of crypto, raising the efficiency of  capital, and establishing the basis for the future investment  industry. This solution is called a Decentralized Autonomous  Fundraising Organization or Fundraising DAO.

Fundraising DAOs play the role of advanced intermediaries between  startups and their investors. They are like real world companies but  instead of a legal body they have smart-contracts, instead of bank  accounts they use cryptocurrencies, instead of shares there are  tokens, and instead of the jurisdiction — a borderless blockchain  network.

One of the main principles of that protocol is that all the  collected funds are stored in a DAO, instead of being at the  disposal of a single individual (or group of individuals). The funds  are released based on withdrawal proposals submitted by the startup  team. If investors (DAO token holders) of the startup are satisfied  with the way the project unfolds, they approve such requests.

If the majority of investors do not see that the startup stick to  its declared roadmap and obligations, they can simply vote for the refund. This functionality alone solves some of the major problems  of ICOs and crowdfunding.

Not only can we get rid of scams because it is simply becoming  unprofitable, but we also increase the success ratio due to the fact  that the startup’s team is way more motivated.

“The Fundraising DAO  protocol is basically replicating the way joint-stock companies  work, while also preserving all the benefits of crypto and ICOs.”

Each Fundraising DAO is modular. It means that its governance  structure and functionality might be adjusted to the specific needs  of different projects. For example, authors could set up a simple  DAICO issuing utility tokens, or create an organization that will  pay dividends, or even offer equity-based tokens. Imagine, building  a DAO of blocks that are representing different features and  functionality.

The whole process of building Fundraising DAOs and interacting with  them is done in a user-friendly application called Daox Platform. Startups can build their DAOs, with  their own ERC20 tokens and start ICOs in a matter of minutes.  Besides that, there is a marketplace of services and tools that are  integrated via the Daox Open API.

Imagine hundreds of different services for startups and investors  that are easily accessible in a few clicks. For instance,

“a project  can apply for rating report, or media publishing, or bounty  campaign, or start banner advertising, right from the Daox Platform  interface.”

It is important to mention that Daox itself is not an intermediary,  and it never has any access to the funds. Each Fundraising DAO is  completely independent, autonomous and could be governed only by its  token holders, while Daox Platform plays the role of a convenient  interface for them.

While we live in a highly technological world and invest in so many  inventions, we still did not have one for investing itself. We do  not know whether Daox will reshape the way capital works, but it is  very likely to become a major player in the investments industry,  and it definitely will initiate the transformation process for ICOs. 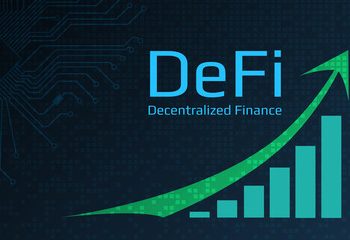