by Justin B.
in Press Releases
7 min read 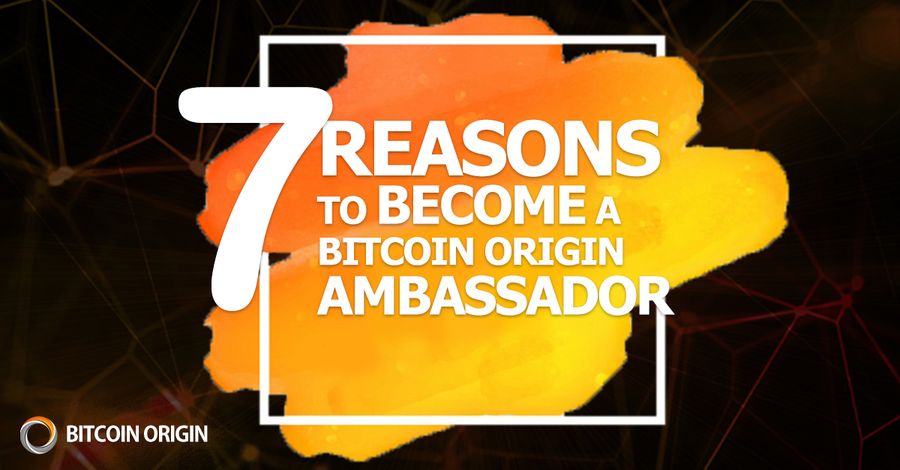 The Bitcoin Origin is the world’s first multi-fork, merging five of the most popular cryptocurrencies — Bitcoin, Bitcoin Cash, Ethereum, Litecoin and Dash — into one powerful, smart contracts-enabled blockchain.

The new blockchain implements a new consensus protocol called Proof of Ambassador — a combination of Proof of Authority and Proof of Stake.

An ambassador is nominated based on the reputation earned on the network. Reputation is decided by holders of Bitcoin Origin tokens (ORI) through voting. Public identity and reputation as the main criteria for selection making Ambassadors liable.

The Ambassador holds a lot of power as he is the reputable and authoritative Network Validator in the Proof-of-Ambassador system of BitcoinOrigin. The reputation is decided based on a number of variables by the Bitcoin Stakers themselves. This means that it is a fair game with consensual voting.

Ambassadors are the ones who maintain the integrity of the network and benefit financially for doing so. This financial benefit is the key attention seeker to those aspiring for it. In terms of calculations, 15% of the total supply is awarded to the Bitcoin Origin participants holding a minimum amount of tokens every year and it is allotted pro-rata monthly. While 95% of the total fees go to the reward pool of Bitcoin Origin Distribution, 5% is allocated to the validators

3. Public Figure and the Face of Bitcoin Origin Project:

Since Ambassadors hold the Public Identity and Reputation, which are the only trusted elements in case of a distributed consensus, they are the ones who the community holds accountable and depends on them.

Selection of Ambassadors is a regressive process but is also repeated on a monthly basis, giving a fair chance to the right candidate. The Ambassador’s responsibility is to maintain and grow the reputation of the Bitcoin Origin Project in the most effective way.

6. Network and Other Variables:

The Bitcoin Origin Project is made in such a way that it builds up a reputation in the most diversified and the most autonomous manner, helping in the ever-evolving growth through the Proof-of-Ambassador system. This method is far better and effective than a commercial mining system evolved by unknown validators contributing towards it. This is better than the apparently decentralized PoW which has lost its decentralized essence in recent days.

To join the Bitcoin Origin chain and become an Ambassador, visit https://www.bitcoinorigin.io/

Read the Position Paper at https://www.bitcoinorigin.io/pdf/BitcoinOrigin-PositionPaper.pdf

Join the Telegram group at https://t.me/BitcoinOriginHQ