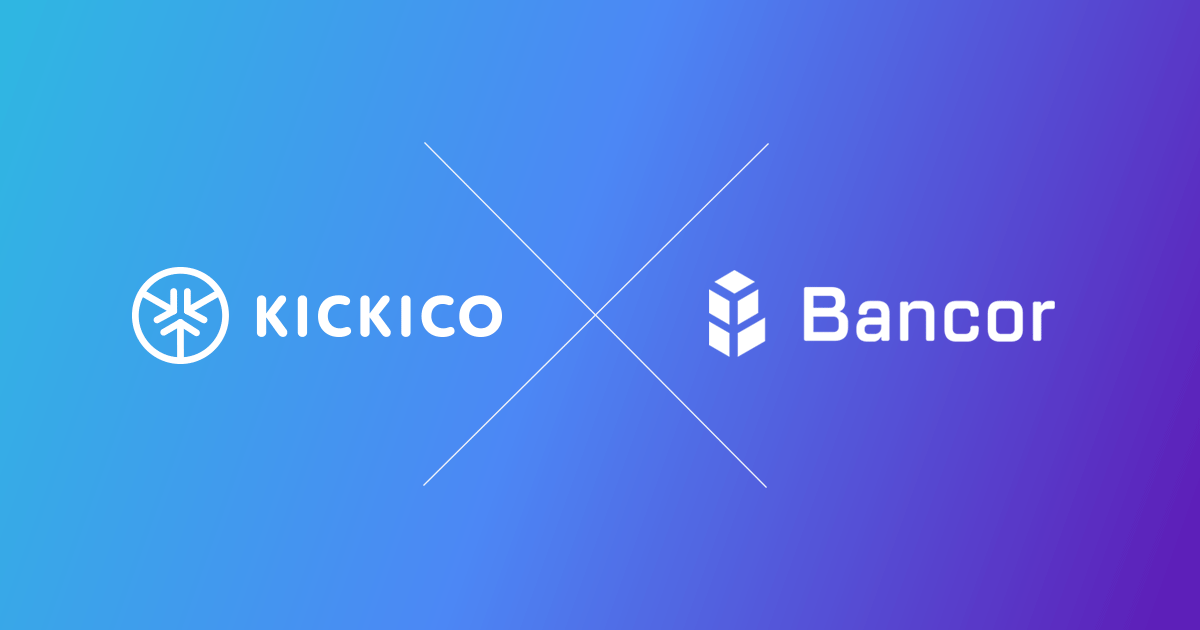 
Platform KICKICO which provides its users with an opportunity to use online fundraising tools carried out with the help of blockchain technology and smart contracts, has achieved another milestone in its roadmap. KickCoin is now integrated with the Bancor Protocol, which increases the token’s liquidity and unlocks additional opportunities for its conversion and use.

Bancor, a decentralized liquidity network based in Zug, Switzerland, aims to unlock the long-tail of user-generated currencies by solving the liquidity challenge, allowing any token to be instantly converted into any other at continuously calculated rates, outside of traditional exchanges and regardless of trading volume.

The network employs an innovative connector method that allows tokens to be instantly converted without matching two parties with opposite wants. A set of formulas balances buys and sells so that every token in the network maintains a formulaic relationship to one another. Effectively, the system provides a mechanism to convert KickCoin into BNT (Bancor’s network token) and, subsequently, match indirect token pairs. Currently, about 60 tokens have gone live on the Bancor Network, with more being added daily.

“Catering our community’s needs and providing it with additional amenities is our top priority here at KICKICO. The KickCoin integration into the Bancor Protocol, long-awaited by our users, is adding another convenient method to obtain and exchange our cryptocurrency for over 60 tokens that are already listed there. These tokens are distributed among over 1 million addresses, and that is why this process is not only providing KICK with additional liquidity, but also with an access to a whole new market of potential Bancor Protocol users,” says Alexander Spirin, Head of of Community, KICKICO.

KICKICO is an online blockchain technology-based platform for fundraising in cryptocurrencies. It collected more than 84,000 ETH during its ICO, thus earning “ICO of the Year” title from BTC CIS Awards in 2017. Today, KICKICO community totals over 55,000 people, and the KickCoin is traded on ten major crypto exchanges. The platform has helped launching more than 20 projects resulting in successful ICOs with 250,000 ETH in total funds raised, including Micromoney, Hacken, Universa, Playkey, INS and others. In 2017, the platform has hosted its own blockchain and crypto event, Cryptospace Moscow, gathering more than 3,000 people and over 50 international industry experts.

CryptoVibes.com comment:”KICKICO has one of the most advanced whitepaper on the market. Find KICKICO whitepaper HERE.”